We have highlighted some of the insights derived from Propstack Loans data product.

As per Propstack data, overall total outstanding sanctions of lenders to the sector are Rs 5.9 lac cr at Sept 17.

FY18 will have a sharp decline as real estate sector navigated through demonetization, GST and RERA. 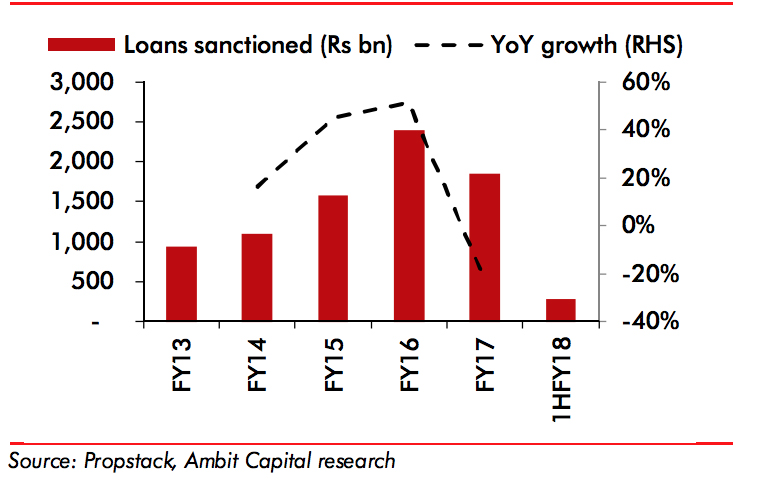 Sanction from non-banks (NBFCs/HFCs) has increased over the years 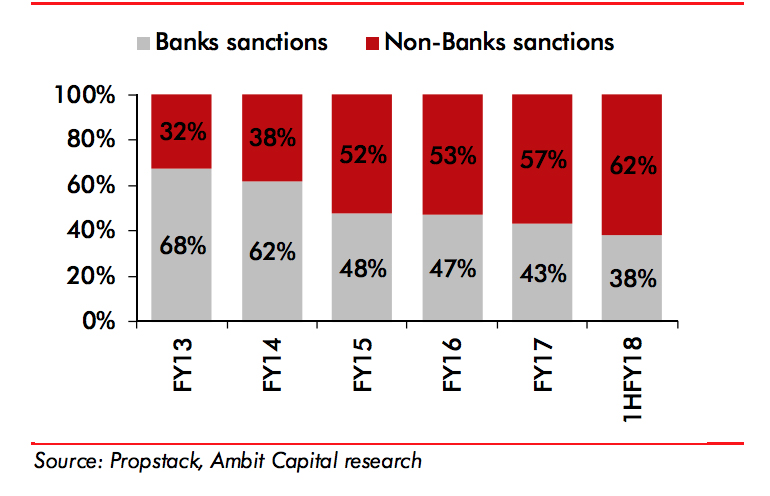 Average moratorium and average tenure of loans for the sector 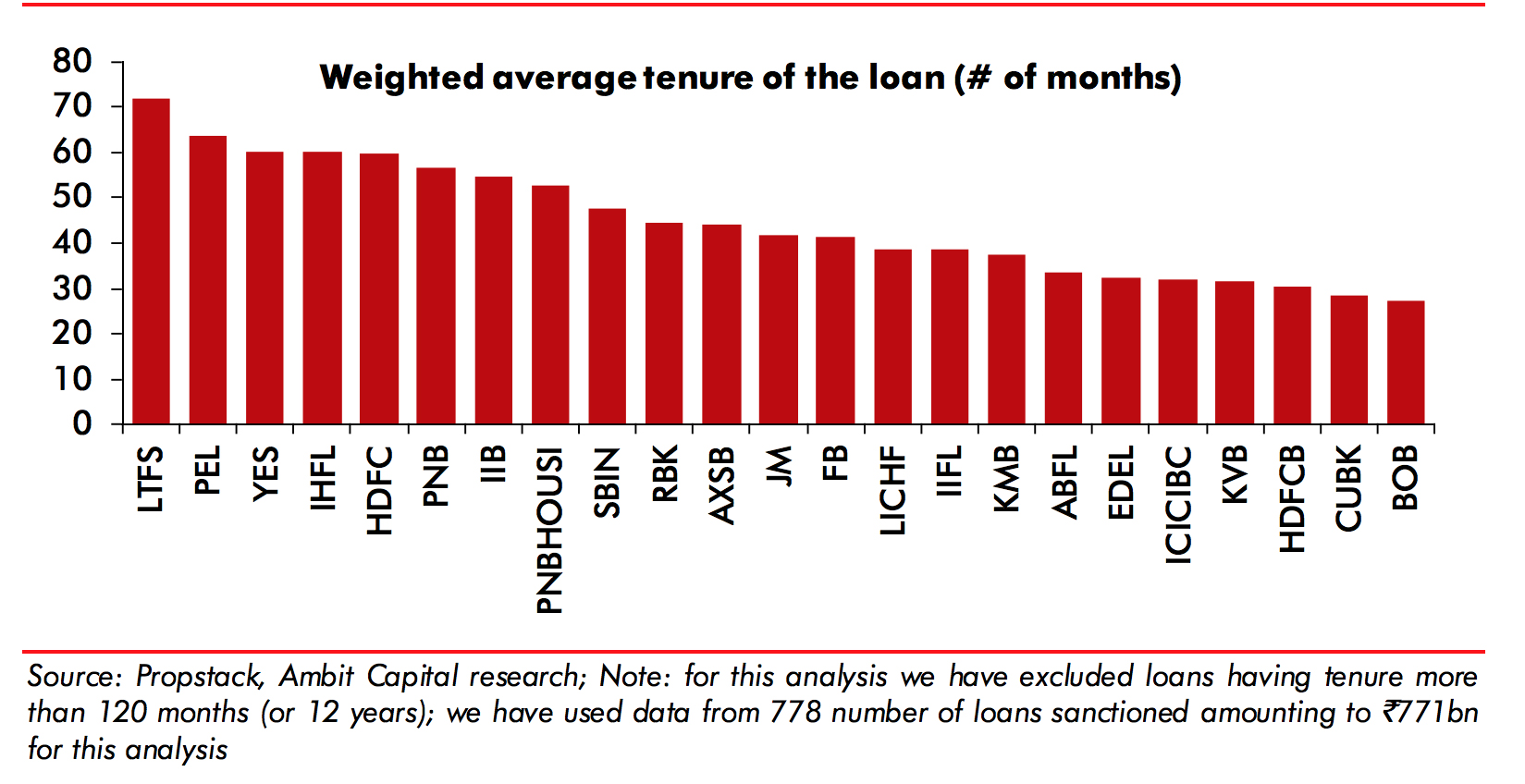 Largely unseasoned book. 56% of developer loans have been sanctioned over the last 30 months.

Loans sanctioned over FY16-1HFY18 as a percentage of total sanctions

We analysed 67 loans of NBFCs which were sanctioned in the last 3 years (2014-16) and observe that though NBFCs had an average tenure of 41 months, the loans were closed withing 19 months.

Frequent refinancing is the nature of business